A brilliant idea is worthless without an implementation 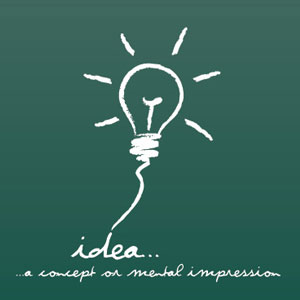 If you gather 10 people and start a discussion about ideas with them, 7 of them will claim that they had the idea for YouTube before it was created. YouTube is just an example, you can replace it with anything else.

I don’t say that I’m not one of them. In fact, I’m trying to convince myself for several years that an idea -no matter how brilliant and innovative it may be- is absolutely worthless without an implementation.

Have you ever read Getting Real? If not, then do so. It might be presented as “the smarter, faster, easier way to build a successful web application”, but the principles and ideas it contains can be applied on several kinds of projects.

Anyway, while reading it for the second time, I stumbled upon Derek Sivers (president and programmer – CD Baby & HostBaby) discussing the same subject. He provides the following explanation:

Firstly, we have the idea as a multiplier:

Secondly, we have the implementation (he calls it execution) as value of money:

Now pick two values, one from each list, and multiply them. The most brilliant idea, combined with no implementation at all, is valued at $20, but combined with a great implementation, is sky-rocked at $20.000.000. Don’t pay that much attention to the actual numbers, and of course, a lot of other factors matter (timing, luck, etc.), just get the general idea of this point.

So, let’s all dig up our ideas from our dusty drawers, and start implementing them!