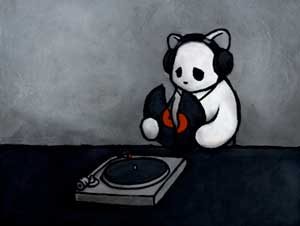 As far as I can remember in my life, like every music lover does, I’m relating specific songs or sometimes whole albums with events, places, emotions etc. Even working on a project is not an exception.

Recently, it came into my attention that in every project I’m working on, there are two albums that are always part of my playlist, so they can qualify to be called my projects’ soundtrack. On certain times in a project, especially when a lot of mental engergy and even fantasy is required, I find myself listening to those two albums because their music inspires me and provides me with a rhythm that helps me think without distracting me at all.

The fist one is from a Greek songwriter called Konstantinos Vita and it’s the music composed for Dimitris Papaioannou’s (the art director of the Athens 2004 Olympic Ceremony) theatrical production called “2”. Below is the video of his song called “Funky Beep”.

The other one is Moby‘s famous album called “Play”. Below is the video of his song called “Natural Blues”.

What do you prefer to listen while working?