Sometimes you have to let go 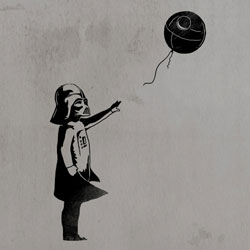 I wrote the title of this post and saved it as an empty draft at the end of September, 2012. At the time, I was thinking of dropping some of the domain names which I owned but I was not using.

I was already thinking of doing that for at least a year, and it took me another one to actually do it, but I already managed to drop a few domains. I’m even about to drop another three in the following days.

Why? Because sometimes you have to let things go.

To let some of my undeveloped domains expire, I had to convince myself of the following:

To be honest, dropping the undeveloped domains wasn’t that bad. The hard part was to admit that some already developed domains containing projects I spent from hours to months building them, didn’t even worth the renewal fee.

It’s not because they didn’t generate any income; I am not really bothered about that since the projects I’m most proud off are completely free to the public. It’s because I’m actually feeling embarrassed for them for multiple reasons. So embarrassed that I don’t list them anywhere and I rent a cheap shared hosting account separate from my other servers with the only purpose to host those “zombie” projects.

Enough is enough, they should been gone years ago, and -most of them- finally are.