The pros and cons of subcontracting for agencies 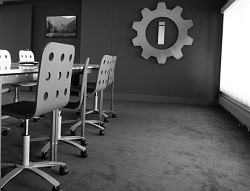 The most common way of working for most freelancers is to work with end-clients (either individuals, or companies). Another option though, is to become a subcontractor for an agency which provides services similar to what you offer. In my case, that is agencies which create web projects.

I was amazed when I discovered that even large and well-established agencies are hiring freelancers for parts of (or even whole) projects. Usually you won’t see those opportunities being advertised, but many agencies do outsource to freelancers.

Why do they do it? Because it’s easier and cheaper (in the long term if you consider training, insurance costs, etc.) than to hire a full-time employee which they may have to lay off later if a large project ends or if they don’t have that much work going on after a few months.

Having worked with a number of (both large and small) agencies as a subcontractor in the past, I’m going to list a few pros and cons. I’ll start with the pros:

They know what they want from you

A typical phenomenon while communicating with end-clients is that they usually don’t know exactly what they want to build. You have to spend some time with them discussing what they’re looking to create so you can document the specifications of the project, etc.

When freelancing for agencies, you probably won’t have to do stuff like that. Usually, they’ll contact you to work with them on a project after they have already prepared the specifications, and they’ll either ask for a quote, or they’ll let you know of the budget they have available for the specific project (which is usually negotiable).

End-clients usually need a complete solution, for example the design for their project, the (front and back-end) development, the copywriting, and even the marketing for it. When you are a solo freelancer who is specialising on specific skills, it is common that either you or the client will have to find someone else to work with on the parts that you don’t have the expertise to work on, and sub-contract these parts to them.

An agency usually breaks down the whole project in parts, and either hires multiple subcontractors to work on them, or builds some of them in-house and outsources the rest. Therefore, if -let’s say- you are interested only in back-end development, you can work only on projects which require that.

They handle the client communication

Although it’s not always the case and it may backfire in some cases (e.g. if the person who handles the communication with the client isn’t familiar with some limitations, etc.), it usually saves you time (at least from my experience in working mostly with back-end development projects).

You’ll usually have to talk only with people within the agency, who understand any technical details and will be relatively easier to communicate with, since you won’t have to explain why something needs to be built in a certain way, etc.

They pay on time (well, most of them)

The usual agreements are that you will either be paid in full as soon as you complete the project for the agency, or incrementally while you’re working on the project, especially if the length of the project is long.

Make sure the terms are that you don’t have to wait to get paid when the agency receives the final payment from the end-client, even if you’re building the whole project. This can only lead to trouble, and it doesn’t make any sense (your client is the agency and not the end-client).

I’ve also noticed that there is a high percentage of agencies which are reluctant of paying a deposit up front. I don’t know why this may happen; however I’ve never had any problems getting paid for my work, even if the project was abandoned at the end. Just make sure to make some research for the agency before you work with them.

You get a chance to work on large projects

As a single freelancer, sometimes it can be hard to land a really large project (which sometimes comes from an equally “big” client). It’s not only for the prestige reasons that most of these large projects end up with agencies. In the client’s mind, it’s mostly because of the large (and usually multidisciplinary) team that an agency has and the level of support the can provide.

Therefore, it’s a good opportunity to get involved in a project of this kind (although you might not be able to… brag about it as we’re going to see in a bit), and to work -for a change- as part of a large team.

New projects all the time

Things are usually working in the following way: If you’re doing a good and professional job, you communicate well with the agencies, and they can afford your rates, you’ll be able work together again and again. And the best part is that in most of the times you won’t have to ask them if they have a new project; they’ll just come to you.

Your portfolio may struggle

Enough with the pros; let’s move to the cons, and start with the biggest one: Unless you agree otherwise, you don’t publicly exist anywhere in this project, and the agency takes all the credit for it.

Depending on your role on the project, you might be able to negotiate adding it to your portfolio, but from my experience this is easier to do mostly with smaller agencies. Keep in mind that bigger agencies will often ask you to sign a non-disclosure agreement (read before you sign anything, and don’t be afraid to negotiate terms).

You stop being involved in a project after it’s completed

When you’re working with end-clients it is common to be involved in a project after it’s finished. For example, you may sign a maintenance contract, so the client will pay you a fixed amount per month/year for a number of maintenance hours (if needed). This is usually handled by the agency.

Another common example is that a project will need changes or upgrades (e.g. to add more features) during its life course. There is still the chance that you will be involved with some of them, but if it’s something relatively simple, the agency will handle it and won’t bother passing it to you.

Lack of flexibility in communication

As I mentioned before, the agency usually handles all the client communication. Since there is a middle-man in the way (the agency), inevitably things are getting more complicated if there is the need to deviate from the agreed specifications. You’ll have to discuss the required changes with the agency first, then they will need to discuss it with the client, and finally get back to you. All these back and forth (unless you have direct communication with the client) may make the whole process slower.

So, how can you find agencies to work with?

(We’re finished with the pros and cons.) Apart from the word of mouth (fellow freelancers who have worked with an agency before, or even forums and blog posts), just open the search engine of your choice, search for agencies that operate in the same field as you or agencies that you believe that could use your services, do some research about them (e.g. check if you like their previous work), and contact them! You can always visit their office in person if they are nearby, but an e-mail or a phone call will work as well.

Keep in mind that to land a contract with an agency (as with end-clients), your portfolio will speak for you, so make a good job preparing it. Also, don’t be disheartened if most of the agencies that you will contact won’t work with freelancers, or their reply is that they don’t need anyone right now. Keep contacting new agencies (even from other countries than the one you’re located at), and maybe try to contact some of them that you’re really interested to work with again in the future.

From my experience, if an agency has had a good experience with a subcontractor it is very common that the agency will contact them again in the future for a project, even if this agency was one of those who initially replied that they don’t outsource to freelancers (things change). I’ve received emails and phone calls from agencies that I never worked with in the past, to discuss my availability and get a quote for a project, even 2+ years after our initial contact!

Just give it a try

Of course, it goes without saying that the above is not the rule, but merely personal experiences and opinions. Pros may look more than cons, but the latter are quite important. But, as always, in the bottom line the matter is purely subjective. You can always give it a go and see for yourself if being a subcontractor for an agency fits your philosophy and your way of working or not.

This article was first published at Freelance Talk, a Greek blog for freelancers.