Ideas, views, and opinions, mostly about the web.

Blackle tells the truth or it is another Urban Legend? 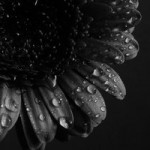 Early in 2007, Mark Ontkush wrote on his blog that a Black Google Would Save 750 Megawatt-hours a Year. Almost instantly, Blackle appeared among similar projects and soon became the most popular of them. Blackle’s creators are basing Ontkush’s theory on this research paper.